My uncle is notorious for his get rich quick schemes. He was messaging me constantly during his last one. I swear he’s only doing this so I know where he is at all times!

The Galactic Exchange only allows for four types of goods to be bought and sold: Novelty, Rare Earth, Gene, and Alien.

Looking at the Galactic Directory I have, I’ve figured out where I can pick up goods, and where I can sell different types of goods.

Regulations and taxes mean I won’t be able to leave any of these places having picked up more than one good.

The way the market is right now, I can probably sell the shown maximum at the following locations.

Note to self: Sell oldest stuff first. Make sure nothing goes bad or stops being relevant.

Hey, I was finishing up packing and I found this. Do you think it's important?

Sorry I'm leaving while you’re stuck working at the Terraforming Guild. I know you're only a day away, but I can't stick around.

And you said this Alien Robotic Factory wouldn't work out! The robotics production line is up and running!

Met up with a friend. He's a Contact Specialist. Says he has some work for me.

Friend and I are getting drinks at the Rebel Cantina. He says he can get me in to see some of the rebels.

These guys are negotiating a Rebel Pact. Want us to come back in a day or two. Won't be home for a while!

Visited the Artist Colony while we're waiting for the Rebels to finish.

Got a cool painting!

Accidentally went to visit the Reptilian Uplift Race. Didn't mean to, but I guess I can pick up some stuff while I'm here.

Remind me not to continue to Old Earth. No one goes there anymore.

Sorry for the radio silence! I took a nearly complete tour around the Alien Booby Trap.

I totally forgot about the rebels! I need to get back there. I'm gonna take the shortest path I can to get back that doesn't take me through that trap.

BUT NOT THROUGH NEW SPARTA. I'm not that reckless!

Geez, they only just finished negotiations of this Rebel Pact!

I gotta admit, it's really cheeky of them to do these negotiations next to the New Galactic Order.

I mean, New Sparta isn't setting that up for nothing, you know?

Managed to swipe this. Don't show anyone!

Oooo. Look at those Improved Logistics!

The foreman tells me it's for the neighboring Robotic Factory. I'm really excited about that!

Found the edge of the galaxy!

Turning left, because the Secluded World is to the right, and they are very much not friendly.

Ah. New Earth. Much better than the Old Earth.

Was going to go to the Consumer Markets right next to here, but a friend just called me about a new investment opportunity. I'll be visiting him first.

Visiting that friend I mentioned. He's been working with his Alien Research Team.

Ew. Don't know why I'm here at the Plague World. Remind me to sanitize my ship later

Saw some Drop Ships when I came from galactic north.

I think I saw a Colony Ship even farther g-north?

Probably came from the planet even further in that direction. What was it again? The Spice World?

THE SHIP IS CLEAN!!!!!!!!! Facilities at the Consumer Markets are expensive, but this was totally worth it.

At the Mining League. Couldn't sell all of my junk yesterday, but these guys were interested in some more stuff I had.

I'm glad I'm in the robotics business. These Replicant Robots are pretty sweet!

You know, the only other kind of robots I've seen have been Mining Robots. And they seem to be only on the same galactic row as home.

WHY DO I HAVE TO PAY EXPORT DUTIES? I'm working with these people for galaxy's sake!

Visiting one of the rebel factions at the Rebel Homeworld. There's apparently a trading outpost near here. I'm gonna go see if they're interested in buying.

WHAT ARE IMPERIUM TROOPS DOING HERE?!?!

AND NOW THERE'S AN IMPERIUM INVASION FLEET! I'M LEAVING THIS SECTOR AS SOON AS POSSIBLE.

Made it back to the Rebel Homeworld safely.

So between what the Rebels here already knew about this sector and my discoveries, we cobbled together this map.

They just told me about a Hidden Fortress they know of. The instructions they gave me were very specific: travel one day g-north, then turn right, left, left again, then right, and you'll find the fortress.

Just passed a Colony Ship. Dunno what they're doing all the way out here.

According to the directions the Rebels gave me, the Hidden Fortress should be right here. I don't see it though. I'm gonna keep looking.

Oh man, I found the Hidden Fortress! I flew right by it the first time!

Accidentally found the Hive World yesterday instead of finding the fortress. Barely got back here alive. Gonna sit here overnight till I stop shaking.

Oh man, you remember me talking about this Alien Monolith? Well, it's even more beautiful in person.

I took a picture for you!

Hey! Met up with a friend here at Galactic Engineering for lunch.

He's still excited about all those minerals they're getting from the neighboring Volcanic World.

WHAT IS WITH THESE EXPORT DUTIES?!

Not sure why, but I ended up spending the night at this Rebel Outpost. These guys seem really disorganized.

Hey, remember yesterday when I said they seemed disorganized? THEY JUST AMBUSHED ME! We're all sorted out now, but this is just ridiculous. What, are they trying to practice Rebel Sneak Attack tactics on me?

Hey, didn't you want something from Lifeforms Inc.? I'm actually at the Genetics Lab right now, not the offices. Just trying to remember.

This Expedition Force my friend from the ART sent me to talk to is quite alright. Definitely know what they're doing. We're gonna survey these places. Talk to you in a few days!

Yup. This is gonna pay off really nicely. Surveyed everything on the map.

Finally made it to the Pilgrimage World. Not that I'm religious or anything, but I feel it's a place everyone should visit at least once, you know?

Hmmm. Should I tell these Imperium Troops I'm working with the Rebels? How about "I'm not that into getting arrested?"

Looks like there's some Drop Ships up ahead. I'm gonna do what I can to avoid them.

They're building this ridiculous thing... I think they're calling it an Imperium Planet Buster?

You know, I think seeing the Galactic Imperium is enough. I don't need to visit the throne.

Did you know these guys are developing Imperium Cloaking Technology? Well, you do now.

If anyone asks, no, I didn't steal any plans to the Imperium Planet Buster.

Got out of Imperium space with some valuable intelligence thanks to some Rebel Freedom Fighters.

I think I'm gonna take a break, get some stuff in the merchant district, and then meet up again with the Rebels.

Whoa... ever consider getting a job with the Alien Tech Institute?

Oh, now this is cool!

They also provide an Uplift Mercenary Force for the district. I think they're training nearby.

There's so much cool information in this Deserted Alien Library!

Galactic Survey: SETI is set up near here. I should probably get a friend on that team. What do you think?

I'd love to stay and relax at this Galactic Resort, but there's just too much stuff to do!

You know, it may just be a branch of the Interstellar Bank, but it's one of the most beautiful things you can see from here. And that's saying something!

Oh yeah. Forgot I picked this up a while ago. Have a postcard.

Meeting with the some people in the Rebel Underground.

I gave them the intelligence I acquired on Imperium space.

Yeah, I'm not sticking around for the Rebel Sneak Attack to start. Hope I can get home soon.

WOULD YOU TELL THIS IMPERIUM WARLORD TO STOP CHASING ME?!

NO MORE TIME TO TALK. I'M MAKING A STRAIGHT SHOT TO THE BLACK HOLES.

Met up with another Expedition Force.

This one was looking to explore past this corner of the galaxy. You know, into this whole lot of nothing?

Finally met up with the Contact Specialist again. Not in the same place, of course. He's gotta cover his tracks!

He says he can get me into the Galactic Exchange that's a day out from here. I'm gonna take him up on that, considering that's what I wanted to do in the first place!

Oh yeah, now that the Imperium is sorta kinda after me, my contact needs to do some extra work to get me into the GE safely. It's only two days travel from the Seat and the Warlord, after all.

Alright. Gonna have to sneak past these Space Marines that are (probably) still looking for me to get home.

Ha! Maybe these Black Hole Miners can salvage some of those poor ships!

This ship handles these black holes even better than the old one did!

Making a deposit of all my hard-earned money from this trip at the Interstellar Bank!

Won't be gambling this away. Can't show my face at the Gambling World anyway, with it being right next to the Seat and all.

Oh, don't be surprised by the new ship. Got it from the Separatist Colony only time I was there. Haven't had time to repaint it yet.

What an adventure! Only revisited a place nine times (home doesn’t count), and never visited the same spot more than twice!

Well, now I can say I've been nearly everywhere in the galaxy! 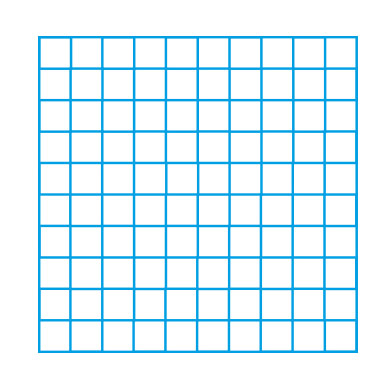 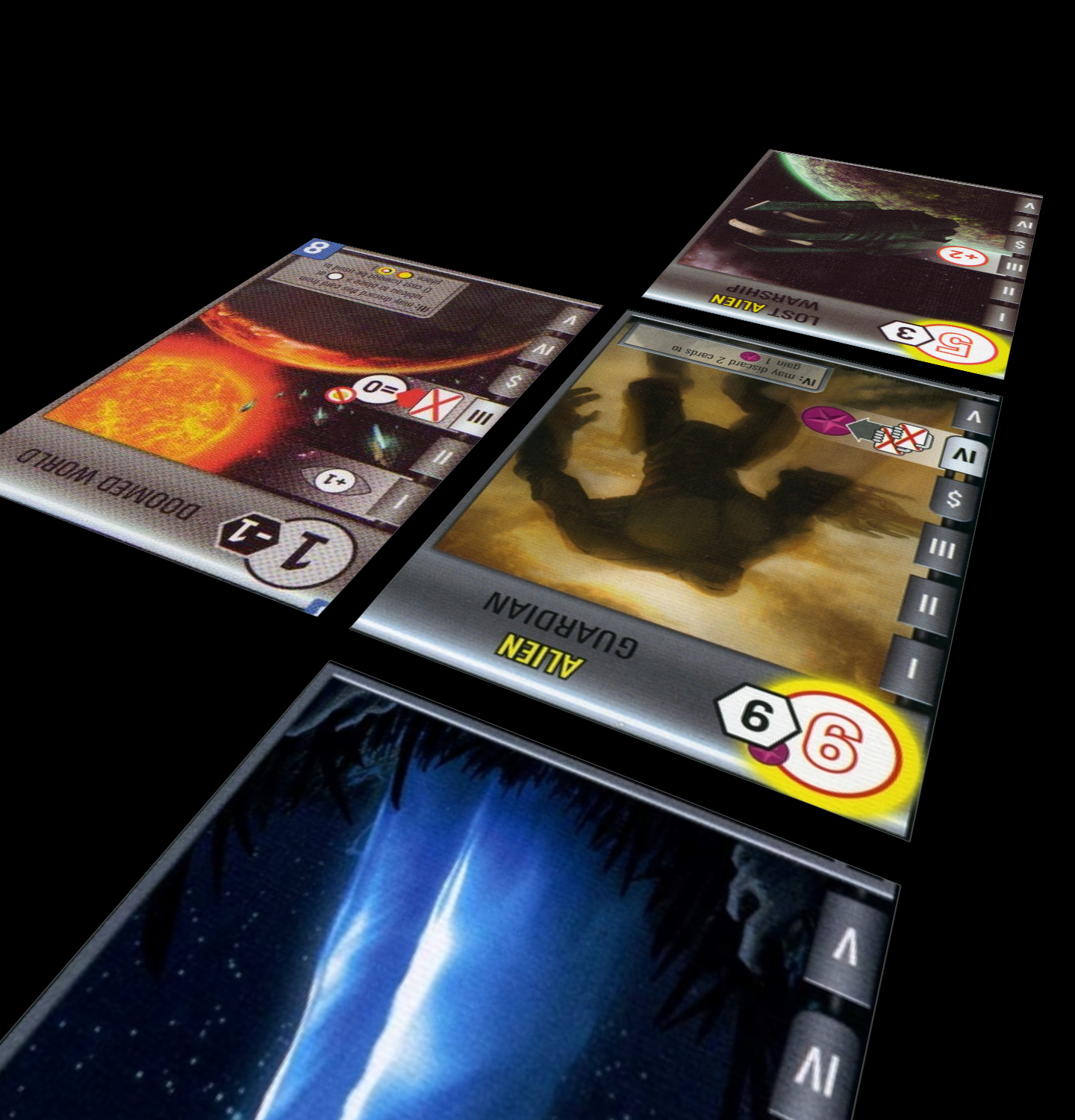 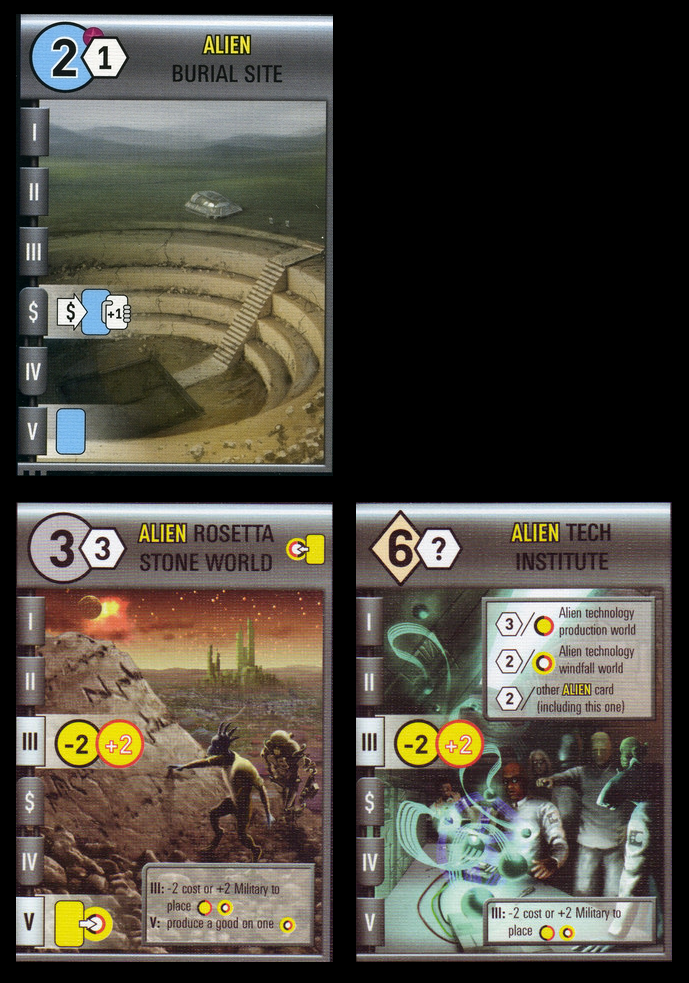 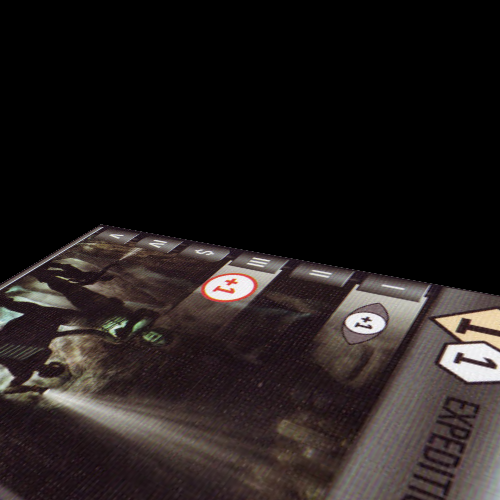 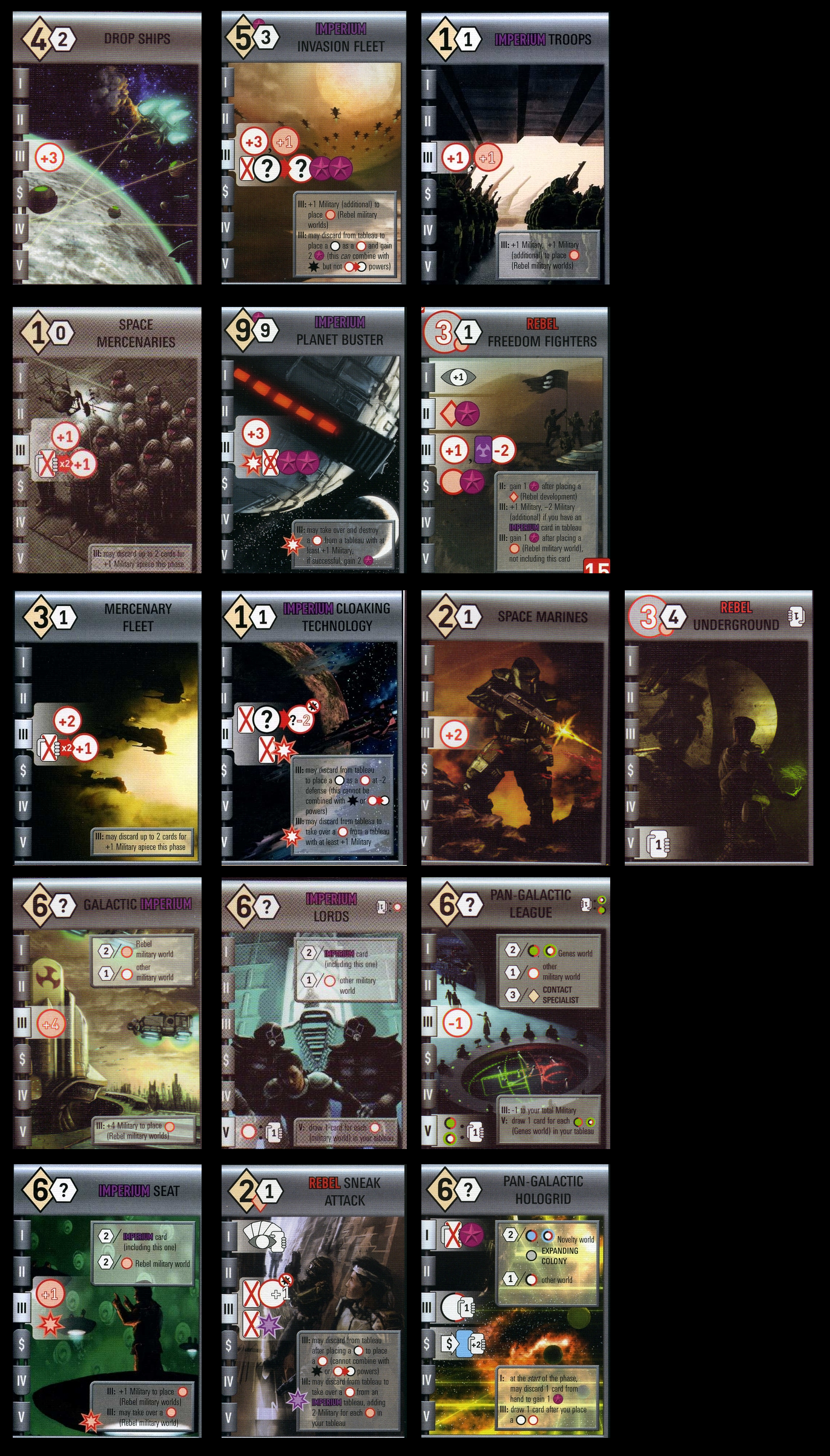 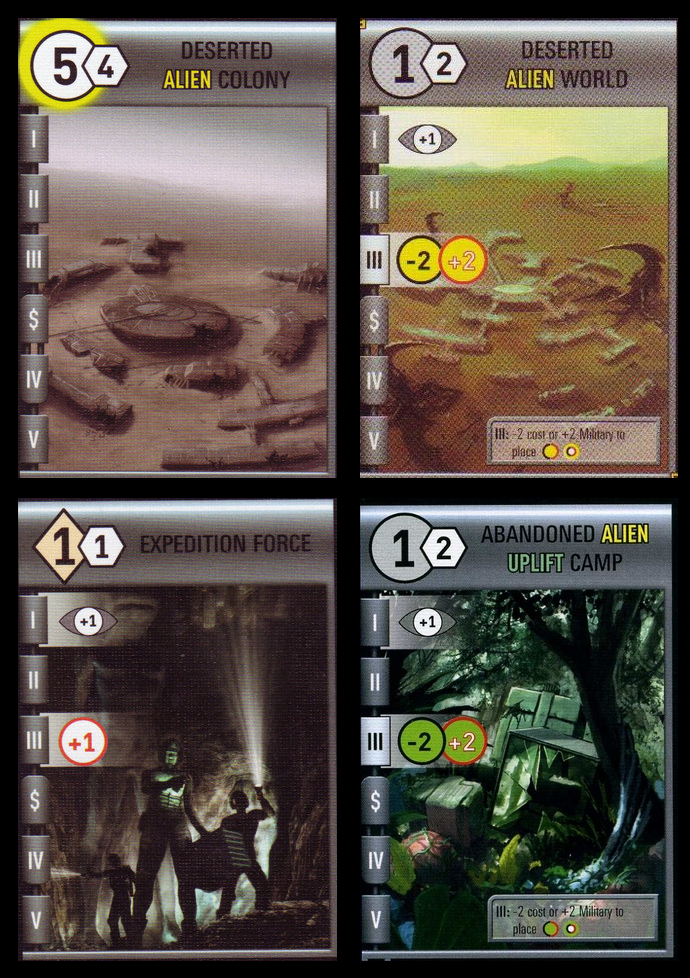 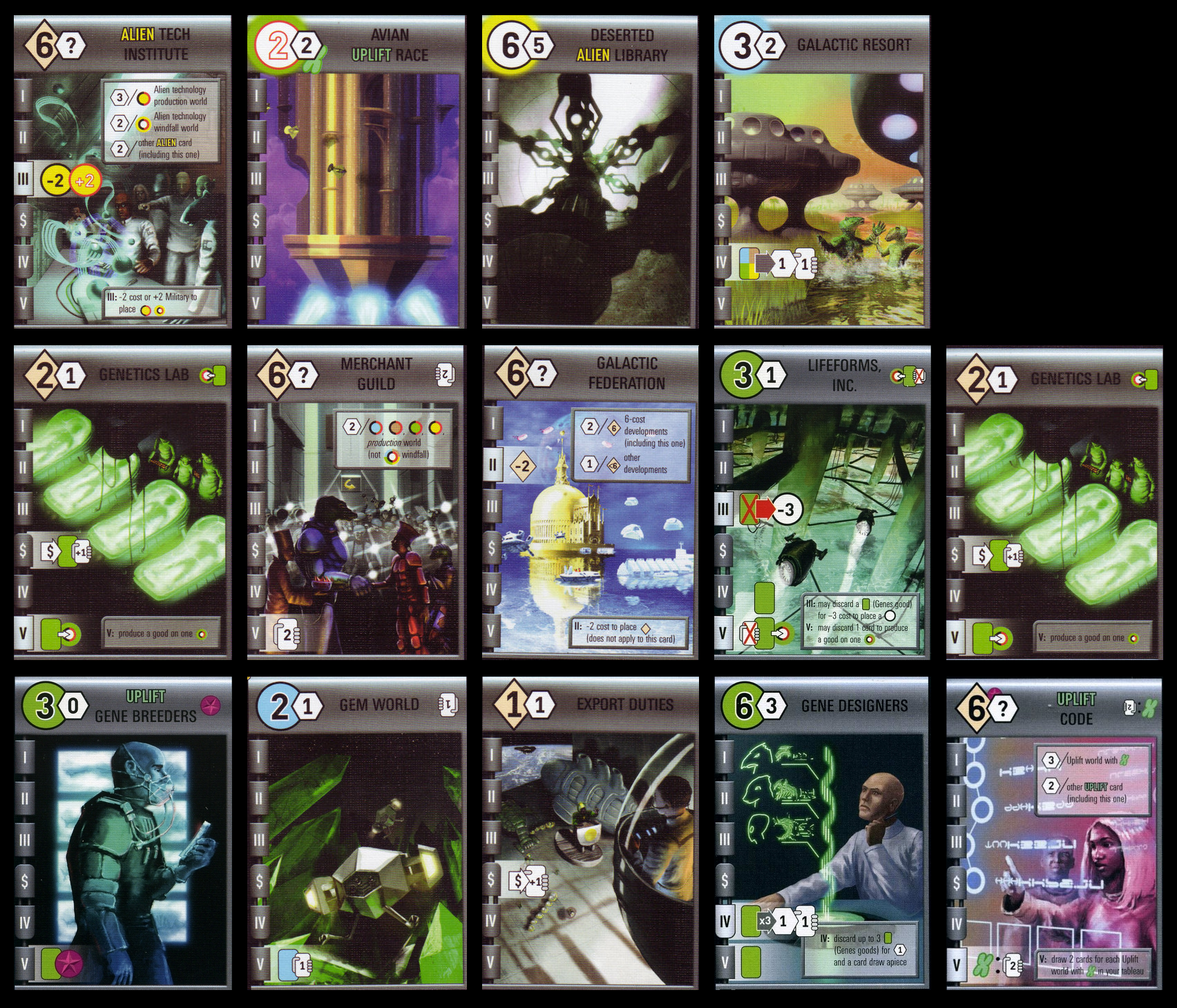 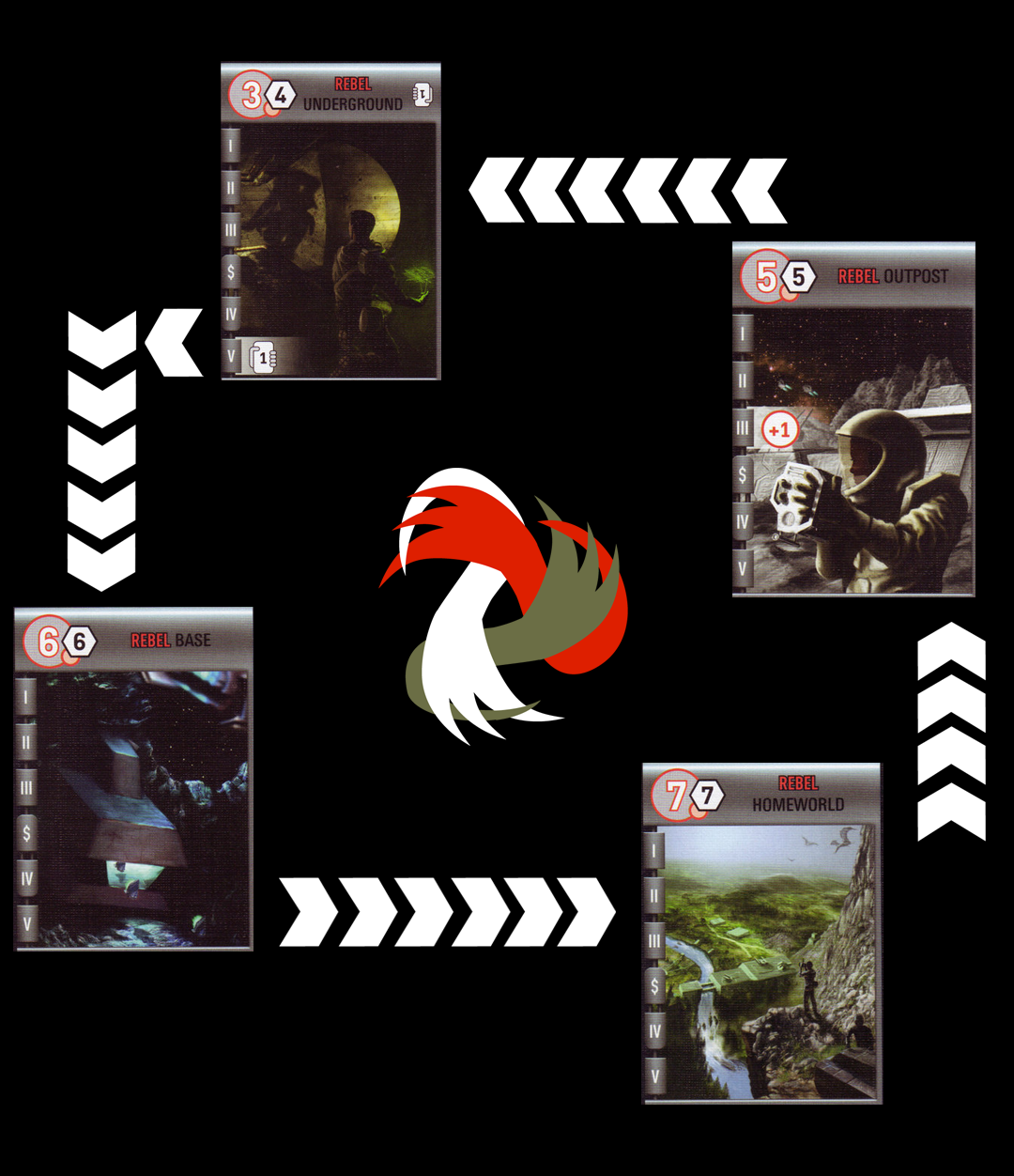 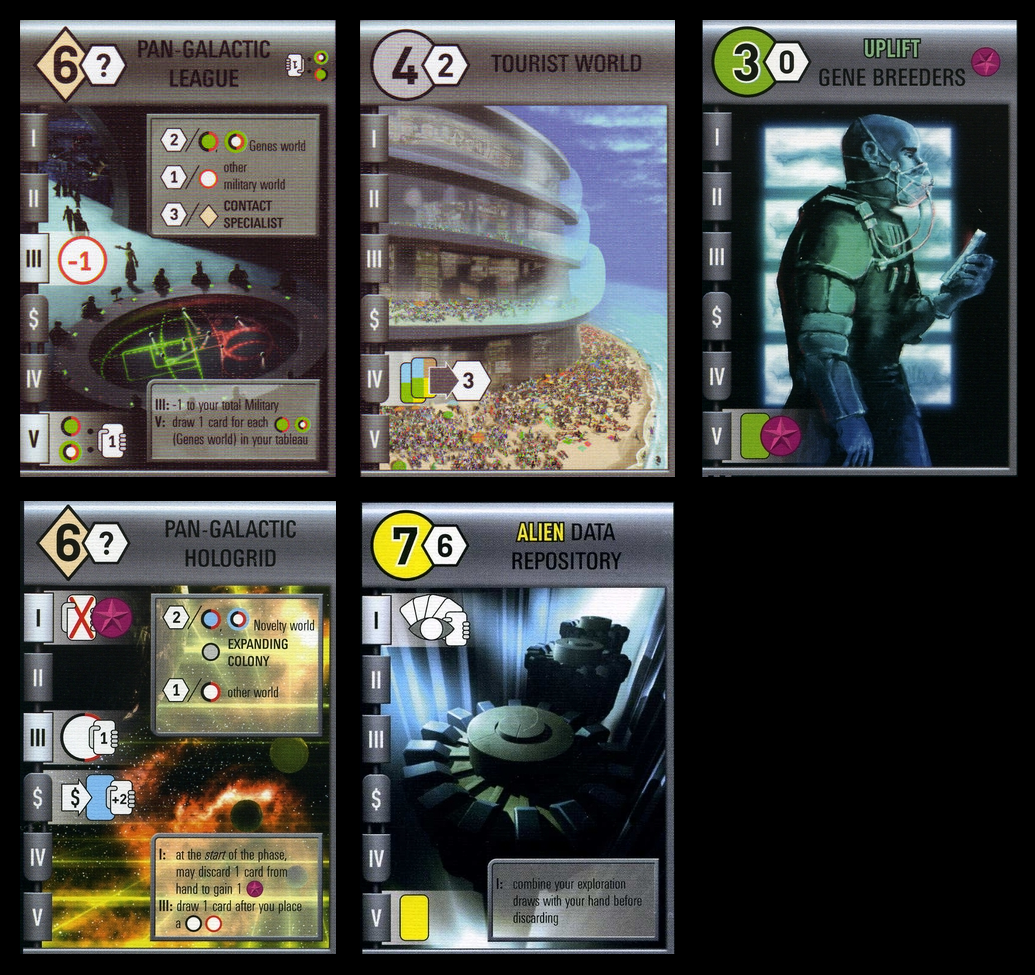